Some contents or functionalities here are not available due to your cookie preferences!

Jewish Florence – Walking through the centuries 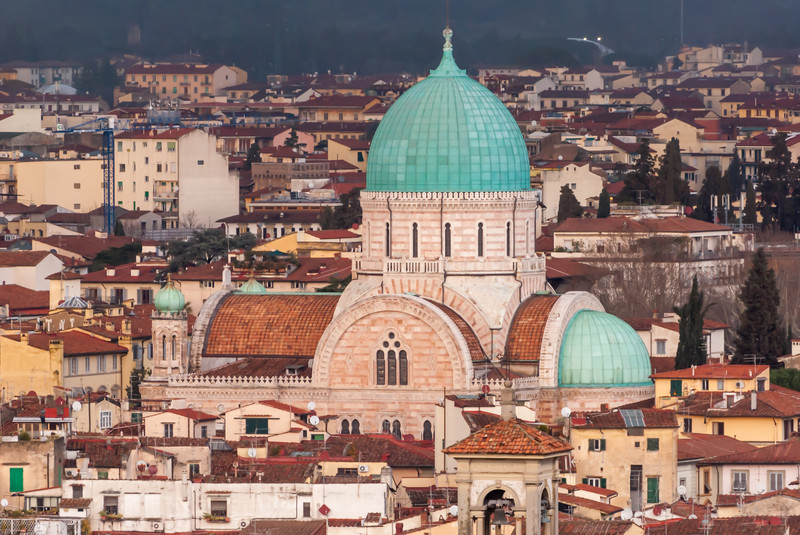 Notwithstanding some earlier documents it’s only since the thirties of the 15th century that the Jewish presence in Florence became more stable and substantial. Already towards the end of the century, the small settlement, whose beginnings were connected to low level banking activities, experienced a period of cultural flourishing which, favored by the intellectual sensibility of the cultural circle around Lorenzo the Magnificent, reached the non-Jewish gentle society itself.
As a small and prominent minority the Jews continued to be nevertheless particularly exposed to the social tensions and political changes occurring in Florentine and Italian society. Decisive moments in the further history will be the politics of the ghettoization in 16th century, the important arrival of Jews with a Spanish-Portuguese background, the steps towards emancipation, the birth of the Italian state, the integration, the racial laws and the persecutions up to the rebirth of  Jewish life in Florence after Second World War.

The tour in its Half-Day-version is essentially composed of two parts: a city walk of approximately two hours and a one-hour visit to the nineteenth century’s synagogue and its museum.

The city walk will hit some of the most famous sights in the very center of the city, among them Piazza della Signoria, Ponte Vecchio and the cathedral’s square, where  we will focus on aspects of particular interest with a Jewish perspective and will also include visits to specifically Jewish sites. Considering that none of the pre-nineteenth century’s Jewish neighborhoods or synagogues have been preserved, the tour, sustained by historical photographs, will in part have an evocative character, interlacing sometimes only feeble physical traces with the history of a secular presence.

Part of our tour will be the site of the first documented Jewish place of worship, the area where the ghetto was once located, and the simple building that housed for eighty years the oratories that were “alternative” to the luxurious nineteenth-century’s synagogue.

Of particular interest are also some symbols or images outside or inside of church buildings. Many different aspects of the Christian relationship with Judaism  can be found  in the graceful “Gates of Paradise” whose stories refer to the Tanakh, in some puzzling and ambiguous inscriptions in Hebrew letters, and in the transformation of a sculpture of Mary from outraged image to a merciless queen.

The actual synagogue of Florence is a particularly beautiful example of an ‘emancipation synagogue’, finished in 1882 in a style inspired by ‘Moorish’ and Byzantine sources. The museum, which is housed on the first and second floors, has a section dedicated to the history of the community and displays a rich collection of liturgical objects and items connected to family traditions. 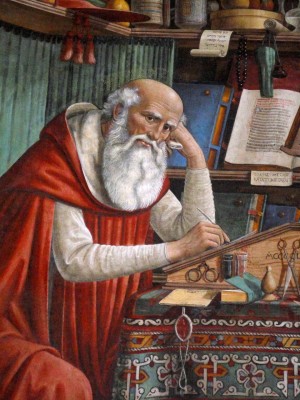 In addition, it is possible to enrich the tour following the traces of David in Florentine Art paying a visit to the Gallery of the Academy with the David of Michelangelo or the National Museum of Sculpture in the Bargello with the David-sculptures of Donatello o Andrea del Verrocchio (4 hour tour).

Another option could be to take a closer look of examples of Christian art with Jewish reference displayed in the Florentine churches (4 hour tour).

« Art on tour: the great age of fresco
In the footsteps of the Medici »

Some contents or functionalities here are not available due to your cookie preferences!